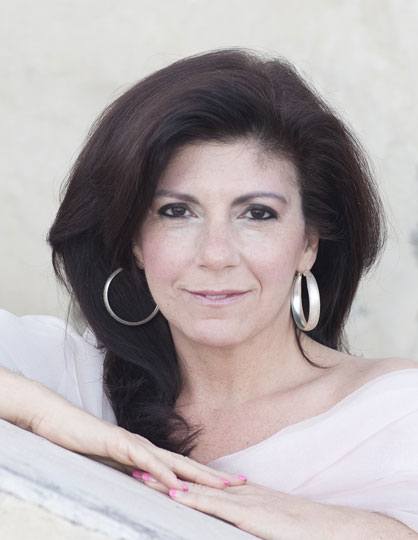 When an internationally acclaimed operatic soprano not only survives breast cancer at age 34, but thrives in its aftermath, warmly and generously sharing her inspiring message, then there is reason to listen.

Carol Ann Manzi has walked the walk. Now she is in great demand to “talk the talk” – to share her experiences with others.  She has an amazing track record of motivating persons of all ages and backgrounds to persevere in the face of obstacles, whether they be cancer or crisis. With her warmth and wisdom, she never fails to rouse and move her audiences from despair to hope, from darkness to light. Using her gift of song whenever possible, Carol Ann Manzi is a must-see and must-hear inspirational speaker.

Miss Manzi has offered her voice –  both as  speaker and as soloist – for the Cure Magazine Conferences in Dallas, San Diego, Washington DC, and Tucson. Her speaking engagements have included American Cancer Society events, the Susan G. Komen Society’s Relay for Life, Making Strides, and Race for the Cure in Southern California, Connecticut, Washington, Oregon, and North Carolina. Manzi had the distinct honor of being guest soloist at the World Conference on Breast Cancer in Halifax, Nova Scotia. Her talks have also been heard internationally in Vienna, Austria, and the Czech Republic. Her keynote speeches for a variety of causes and organizations have been sponsored by Rotary International, and Physicians’ Education Resource (PER) conferences.

While Artist-in-Residence for the Salem Catholic Schools Foundation (2013-2016), Miss Manzi became a popular speaker at numerous Rotary, Kiwanis, and Lions Clubs in the Pacific NW. Recently she offered the keynote speech at Pomona Valley (CA) Hospitals’ National Survivors Day Celebration. Her popular speech, “Battling the High C’s: An Operatic Soprano’s Journey Through Career and Cancer,” has been much in demand in recent years. She was invited a fifth time to speak to the Sorptomists International about this story. Members of this group had heard her previously in Oregon, Washington, and California.

She has been a Reach to Recovery volunteer for the American Cancer Society, was  a Regional Coordinator for the Young Survival Coalition in NYC, and was a partner in the Blue Veins Women’s Welfare and Relief Organization in Pakistan.

Manzi’s comforting, motivational and uplifting brand of speaking has revved up thousands of “race” walkers before Race for the Cure, Making Strides and Relay for Life events. She has helped raise thousands of dollars from corporate sponsors for such events and moved audiences of patients, nurses, and physicians to tears of hope and courage. Both her speaking and her singing have been described as spirit-filled, vibrant, moving, and full of warmth. The rocky road that has been her journey has given her the credibility and the compassion to inspire others. And inspire she does, as her every standing ovation proves.